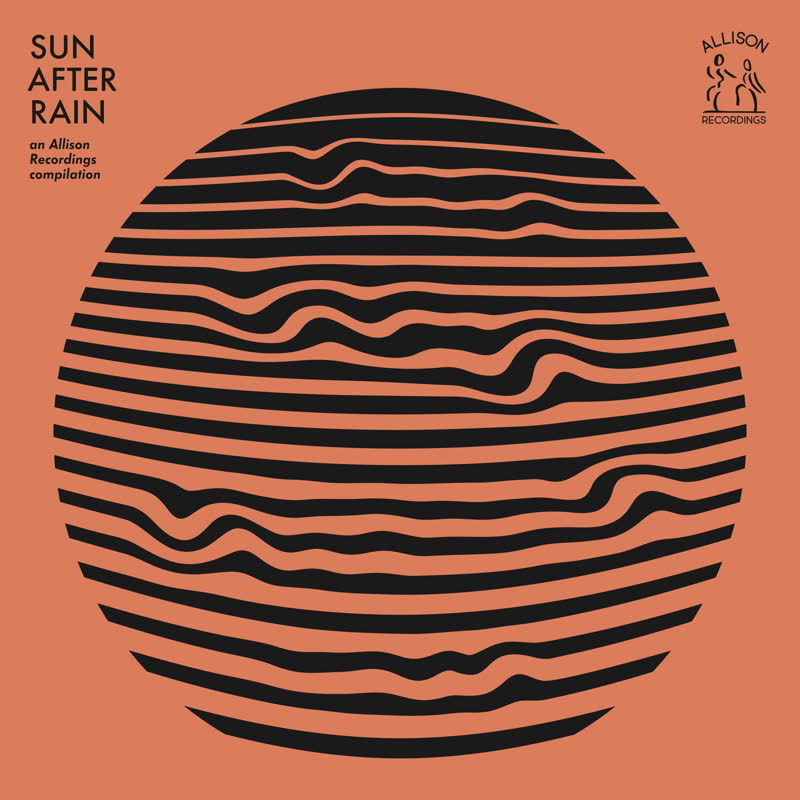 This summer sees the very timely arrival of a brand new record label from the Wah Wah 45s family. Allison Recordings further explores the world of electronic music, showcasing up-and-coming producers and music makers, as well as artists that have been on the Wah Wah radar for a number of years. Allison leans towards the dance floor of course, but isn't your average club music record label.. Whilst this imprint was set up to represent a more electronic output, the soulful DNA of Wah Wah 45s still shines through.

The debut compilation,Sun After Rain, can hopefully provide something of a soundtrack to more optimistic times. The ten artists, providing eleven tracks in all, come together from across the UK from London to Liverpool via Birmingham, Brighton and beyond - from Bangkok to Berlin and Cologne to Amsterdam.

First up, and bookending the compilation beautifully is Bangkok based DJ and producerVell. As co-founder of Boiled Wonderland Records and having spent the first part of his life growing up in the UK, he moved his infamous parties, radio shows and productions to South East Asia. Having dug deep through record shops in India and Thailand, Vell brings a wide set of influences to his music, including Asian samples and an ambient feel, combined with his trademark synth heavy sounds. 2021 will see him release new music on his own label as well as very much being part of the Allison family.

Already released as a single from the compilation,Tinaby South London based instrumental duoLawnhas proven to be something of a favourite. Formed in 2019, Lawn is a collaboration between friends Joe Nicklin and Joe Martin. Combining live, acoustic drums with electronic and synthesised elements, their music takes its influences from disco, psyche, jazz and hip hop.Tinais the first taste of what's to come from this talented pair - something to whet your appetite for their forthcoming debut long-player on Allison.

Hold Me Loosewas made while Ratomagoson was experimenting with the idea of a live set in his year as a 'Future Bubbler'. Championed by Gilles Peterson, he even recorded a live version of the track in the renowned DJ's famous Brownswood Basement. Here we bring you the previously unheard studio version of the track though, developed and performed live in a jam session with Rob Fenner, AKA Ber Trio, who also features on this compilation.

From Brighton to Berlin, and a name that might be familiar to fans of Wah Wah 45s. Having provided a stunning remix for Cinematic Orchestra bass player Hunrosa, and contributed a club friendly re-edit 12" to the label's Dubplate series,Lavanwas one of the first names on the Allison Recordings list. And so naturally,Out 4 Da Gusto, his optimistic and foot friendly contribution to the compilation, was also the first single to be taken from it. We look forward to more sonic joy from this rising star in the coming months too.

Back to South London and another producer who knows how to make a dance floor move, the multi-talentedJoe S. His productions take influence from house, garage, jazz and everything in between. Having previously been affiliated with Forgot Records and a resident DJ at their club nights, his debut releaseDavid's Vocaland follow upAny Colour You Likeappeared on the label's first two compilation EPs, garnering support from several acclaimed DJs and tastemakers across the globe.

When working onEmpty Eyes, his first contribution to Allison Recordings, he'd "been listening to a lot of Bill Evans, particularly theMoon Beamsalbum. The interplay of the bass and piano was something I'd always loved and wanted to try and flip into something a little more uptempo."

Currently residing in Birmingham,Echo Julietis the alias of Emily Jones: a producer, DJ and classically-trained percussionist who has also spent over ten years curating live music, including one of the UK's biggest jazz festivals. Her music blends hypnotic percussion loops and organic sounds with contemporary beats, creating a melodic feel nestled somewhere between jazz, soul, classical and electronic; think Four Tet, Floating Points and Pantha du Prince. DJ credits include SXSW, Green Man Festival, Love Supreme and Spiritland, as well as a radio residency for promoter Soundcrash. Emily helps run female and non-binary DJ collective Selextorhood, and is often called on to speak about gender balance in the music industry including on Woman's Hour on BBC Radio 4, Jazz FM and Worldwide FM.

On her trackAffirmation, Emily explains that "through chatting to lots of musicians I recently discovered how many people use affirmations to build their confidence, and I realised that in my time as a gig promoter I would often see artists whisper to themselves before going on stage, but I didn't know what they were doing at the time. I wanted to capture the internal monologue of talking yourself into something, taking a deep breath and going for it, whether that's stepping on a stage or pushing out of your comfort zone in some other way. Confidence is a big challenge for women making music in male-dominated scenes and when I wroteAffirmationI was also thinking a lot about my own experiences as a DJ and percussionist in that environment. It features the beautiful harp playing of Radio 2 Young Folk Award nominee Rebecca Hill, and my own whispering!"

Another artist who might already be familiar to followers of our parent label, Wah Wah 45s, is painter, musician and producer from South London,Hoffy. As a man who is deeply interested in the gritty and bustling world around him - whether that's chopping up dusty samples or field recording in the heart of the Amazon rainforest - he finds creativity in the chaos of life and showcases this in this work.

On his contribution to the compilation, Hoffy explains"Eight Hours of Whale Soundsis a balance of relaxation and excitement. The idea for the track came from a night of insomnia, I used the calming sounds of whale noises to try and fall asleep. I have been doing this for a long time now and it brings me comfort and tranquility in difficult times. I like the juxtaposition of gentle sounds coupled with heavy rhythmic drums. For me, dance music should be a balance of having fun and also experiencing more complex feelings. This is my homage to the space between a night of sleep and a night of dancing!"

One production team who perhaps need rather less of an introduction areSound Support- two boyishly enthusiastic synth aficionados equipped with a healthy dose of self-derision and a knack for creating fun but well thought-out dance music. Lars Dales & Lorenz Rhode connected through their mutual love for all things quirky and unusual. But only after years of having worked together on several other projects, such as the Dam Swindle liveshow, they finally got around to making music together and trying to implement this quirkiness in every aspect of their music. The result has been nothing less than an avalanche of tracks, mostly made in 4 day coffee-fueled studio sessions in Lorenz' studio in Cologne.

After their first two EP's on Prins Thomas' label, Internasjonal, they ventured out to House of Disco, Dirt Crew, Let's Play House and now Allison, with a wide array of immensely enjoyable synth heavy tracks. Their musical range stretches from Italo to electro, from disco to proto-house, and from acid to down tempo boogie. Whatever the genre, it's clear that Sound Support has found it's signature sound and there is much more of that to look forward to.

Glovervilleis a track that exemplifies the duo's trademark sound - quirky drums, catchy hooks and a synth heavy bottom end. With it's recurring clavi chords and 3 minute(!!!) Rhodes solo it slowly but surely reels you in, guiding you into sultry summer nights to come.

Heading back to South London once again, man of mystery Rob Fenner, AKABer Triobrings us "music made in Peckham with the aim to make you feel, push and move."Lo Res 303delivers "colourful synths woven with natural grooves and live instruments blending to immerse in a kaleidoscope of sound."

And finally, we presentWiseman- a DJ and producer hailing from Liverpool who cut his teeth by immersing himself in record shop culture, working at Liverpool institution 3b Records for many years. He's also resident DJ for both Anti Social Jazz Club and Wavertree Worldwide where he has played alongside the likes of Alfa Mist, Jon Gomez and Hidden Spheres and is host of the Jazz Up North show on Melodic Distraction Radio.

Having produced music for his own pleasure for the best part of ten years now, we're very excited to land his first official release with the gorgeousBirds of Paradise. The track is both melancholic and melodic. Written in the height of lockdown in the UK with what seemed like no end in sight the track provided a sense of escape with the thumping kick drum being a hopeful reminder of better times to come.

And what better way to sum up this introduction to Allison Recordings. Here's hoping for muchSun After Rainand plenty of musical adventures to come too. 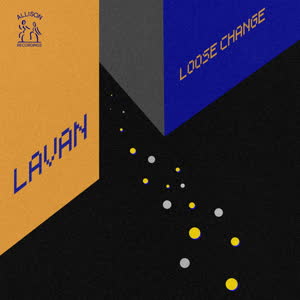 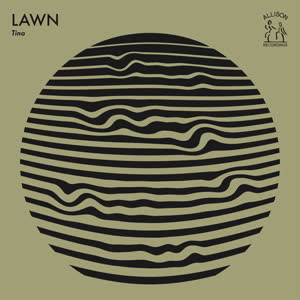 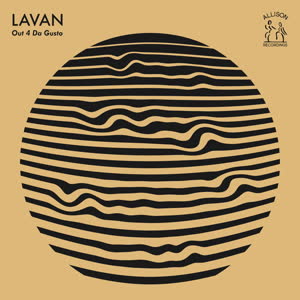